Hardening involves the use of temperature changes to make metal stronger and more durable. Lasers are an excellent source of heat for hardening various materials, and they have many advantages over other hardening methods. One of the major advantages of using lasers for hardening is the high level of precision that makes it possible to harden specific areas. Lasers also result in greater surface hardness and low levels of deformation, and they require minimal post-processing.

Hardening includes methods aimed at increasing the hardness of a material and mitigating cracking. The hardening process involves heating and cooling, with the cooling causing the material to harden. In physical terms, the heat converts the pearlite phase to the austenite phase. When the material is then cooled, it is rapidly converted to martensite, which is a very hard material.

Hardening creates a new, hard structure on the surface of the steel

Hardening is used on steel alloys. To harden the steel, it is heated to an exact temperature that depends on the geometry of the product and the heating method. In traditional hardening, the steel is kept at the hardening temperature for a certain amount of time – the holding time – before it is quickly cooled in water, oil, or saline. Martensite then forms to give a very hard structure on the surface of the steel. Hardening is often carried out in stages to make the material tougher.

In connection with traditional hardening, a heat treatment method called tempering is used to optimise the relationship between hardness and toughness. Reheating the steel after hardening to a temperature below the hardening temperature, and then slowly cooling the steel, significantly increases the toughness of the material. The process is visible from the colour of the steel, which turns reddish.

An effective hardening method is to apply heat using lasers. The primary advantage of laser hardening compared with traditional hardening methods is that the laser can harden specific parts of the material selectively and precisely. The desired surface is quickly heated using energy from the laser beam. The heated zone is then efficiently cooled by the surrounding base material. Thanks to the precision of the laser beam, there is only minimal deformation, which also minimises the need for post-processing. Tempering also uses laser hardening, with the laser used for the tempering process itself.

What does Permanova offer?

Permanova offers a robot-based solution in which a lens system shapes the laser beam into a spot that distributes the power evenly. In a turnkey hardening station, the level of automation is determined together with the customer. The hardening process can be integrated into an existing flow or delivered as a standalone laser station. All products, large and small, are suitable for laser hardening. Selective hardening allows selected surfaces to be hardened regardless of the product’s size. 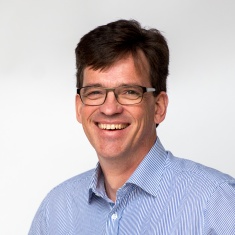 SAVE & ACCEPT
Scroll To Top